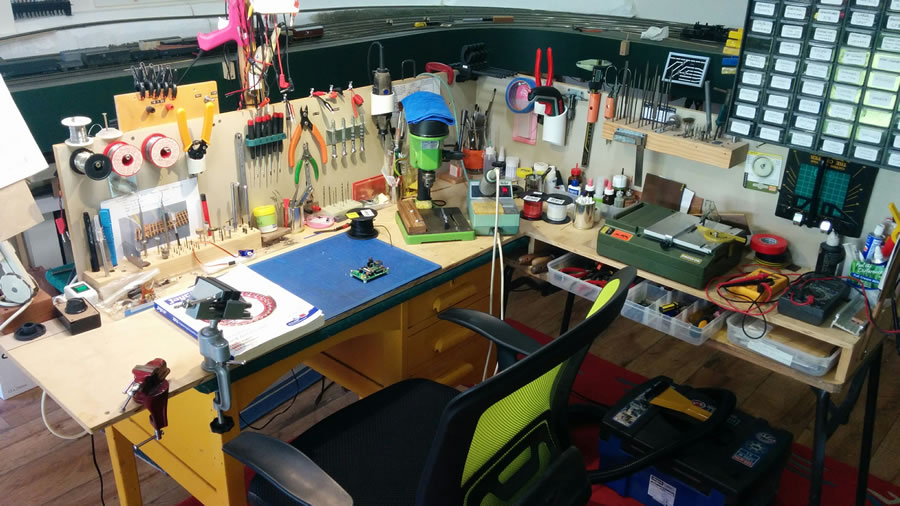 Never static, always something to be added as can be seen below. This configuration is temporary until the layout nears completion when the bench part will be divided into 2 sections, both of which will wheel under the layout for storage until needed (that prediction proved to be incorrect).  Storage drawers will then reside on existing shelves under the layout. Note the suitcase vacuum cleaner under the bench – perfect for servicing the table saw above.

What prompted me to recently implement the storage of the work area below the benchwork was that the central work area, whilst convenient in the early construction stage, became a TOWERING MONOLITH in the room. It was becoming impossible to get around it to operate the layout. 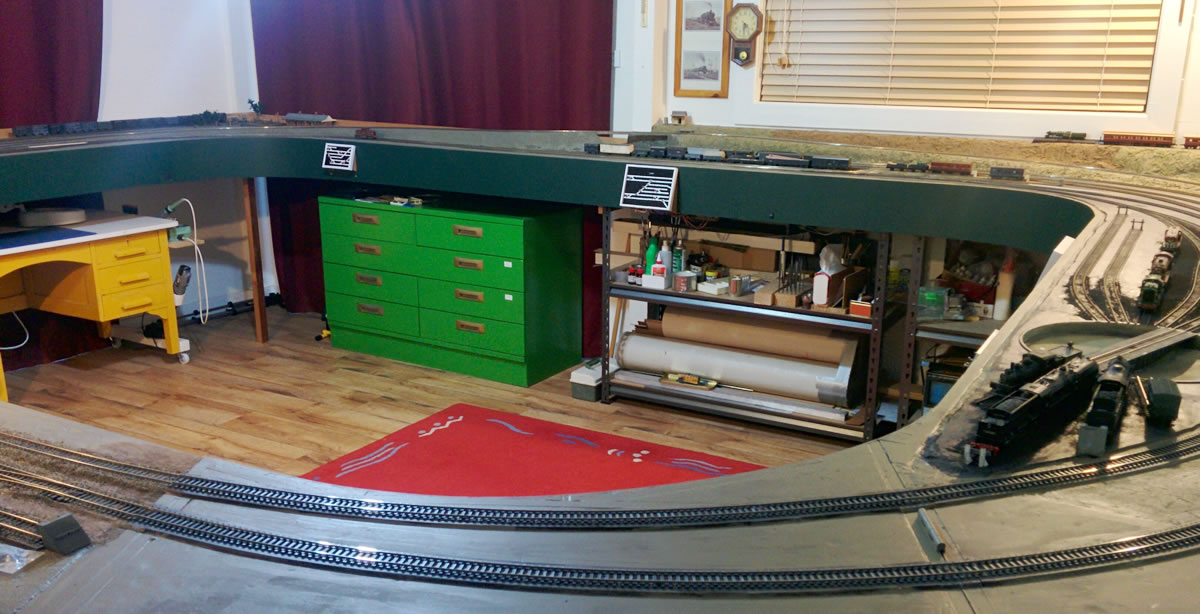 But, the storage parts and tool drawers don’t work under the layout! Too much bending and kneeling required. The “sawnoff” work desk is OK and the horrible coloured green drawers hold items conveniently when the desk is rolled out but I can’t find other stuff. My plan is to build a “Dalek” (for want of a better description) which will roll out from under the bench to the left of the desk. It will hold all of my parts storage drawer sets and other tools on a lazy susan style. More in a future post.

The photographs below might provide you with some ideas to improve your work area:

Sometimes little things are important – the oft used 150mm s/steel rule hangs from a round head screw but has a litle rubber foot fitted to keep the rule clear of the surface so that you can easily lift it off.
The yellow key shaped object is a special stripper to cut through the outer insulation of multi-core cable.
The grubby blob of “Blue Tack” is used to hold things in place on the workbench while soldering, photographing etc.