This section explains the important step of reinforcing (or stressed skinning) the 1″ (25mm) foam sheet to give it tensile strength on the bottom surface. The top is not such a problem as the extruded foam seems to have reasonable compressive strength.
This technique borrows from bridge building and surf board building techniques – remembering that our loading is occurring primarily from the top. You can also use it on 2″ foam to allow increased distance between the supporting battens.

I am assuming that you are not going to be walking around on the top of the layout! Having said that, I have stood on the layout by placing strategic wide pieces of plywood on distributed spacers between the tracks and close to the edges.

No hi-tech tools here! You may need to thin the PVA with water just a little to help spread it. Re-coat if doubtful.

When it is completely dry, cut around the edges with a sharp knife. The reinforced surface will be the bottom! 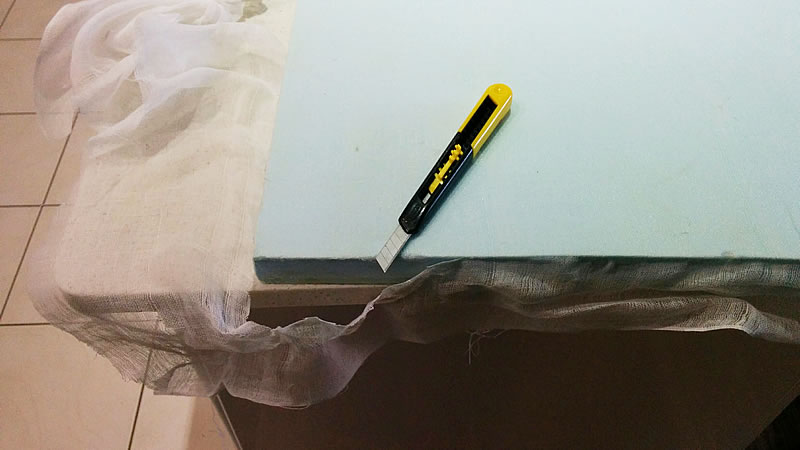 Then glue the sheet in place with PVA. (No, this is not an advert for Valvoline!) 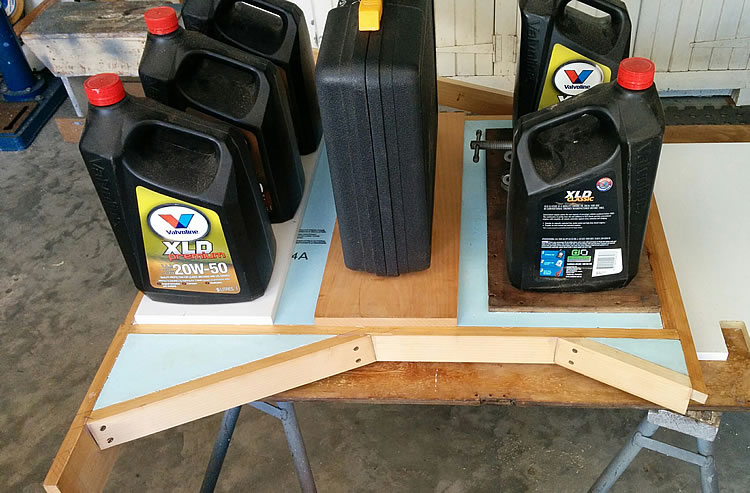 The reinforced side is down (up in the photo) and and the assembly rests on a flat surface to keep the top true. I then glued the battens and all the support timbers to the bottom of the foam and to the supporting structure so no screws were needed.

Shown below is a  test run I did in 2008 when I lived at Bensville (I tend to live in places with strange names). It was a test track for both DC and DCC which fitted on the bar in our lounge room. It vaguely reflects the track layout (considerably condensed) used at Oberon in the Central West of NSW when I lived nearby at Hazelgrove. The latter was a station on the now closed/ suspended railway from Tarana to Oberon. A model of the mighty Hazelgrove station will feature on Kalrail layout (later to be re-named “Brolgan Road”). 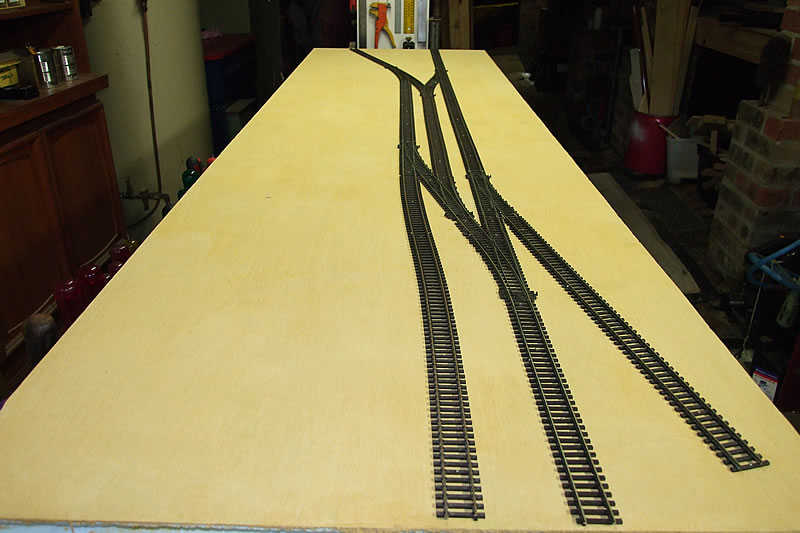 I couldn’t resist adding this photo of Hazelgrove Station posed on a temporary diorama. Yet to be finished and weathered. 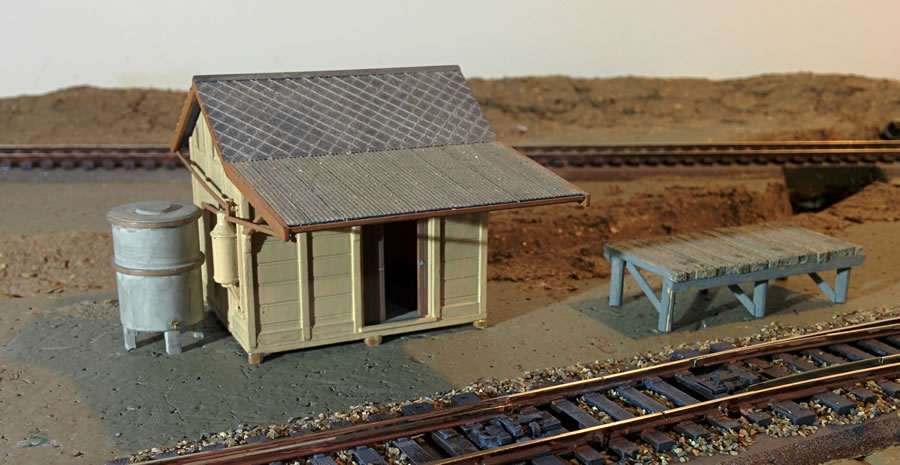 The underside of the test track shows that 1″ foam has been coated with muslin and fitted with a light weight frame. The ugly blocks on the right were added to help it fit on the bar which was a bit narrow. It is 2m long, 58cm wide and weighs 4kg. Could be made much lighter with thinner timber and no ugly blocks. 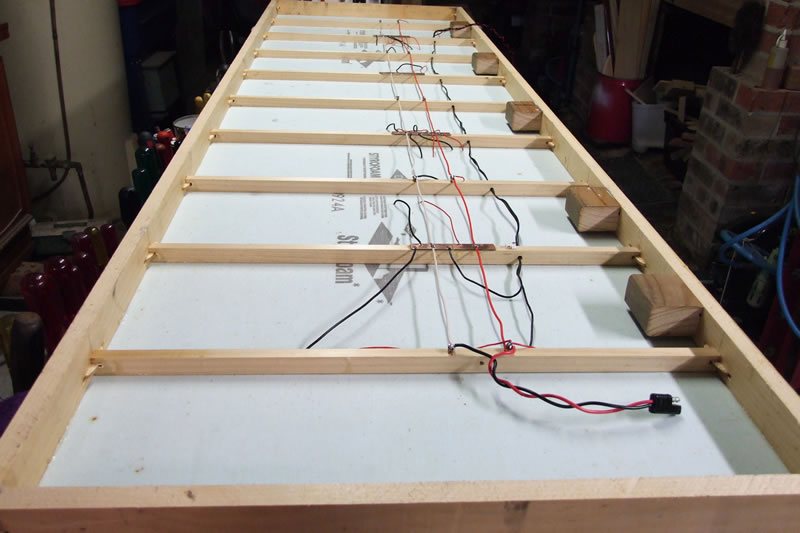 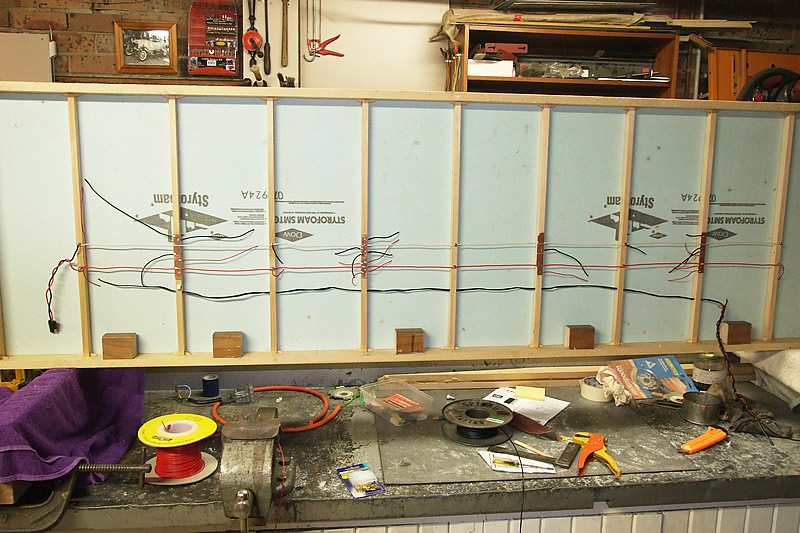